My relationship with the Maison Louis Carré, with the architecture of Alvar Aalto

When did I first hear about the Maison Louis Carré? I can’t say. Passionate about architecture since adolescence, I remember that the image of this house was familiar to me very early on.

As an architecture student, decades ago, I delved deeply into the work of Alvar Aalto who, at the time, had become for us a reference and even a model. The Maison Louis Carré, the architect’s only construction in France, was already considered one of his masterpieces. However, few people had had the opportunity to enter it. For, we must not forget, the Maison Louis Carré remained a private home for a very long time.

Nevertheless, I remember that a simple section plan already enabled me to take the measure of what is, for me, the most remarkable element of this house: I mean its majestic wooden false ceiling suspended above the entrance hall. I admit that this prodigy of elegance and finesse, has always been for me an object of fascination.

However, my interest in Aalto is not limited to this house. In fact, I have long developed a real passion for this great creator of “organic” forms, inspired by the nature of his country, as well as for the plastic inventions, as beautiful as functional, that he has produced throughout his career as an architect and designer.

A passion that led me to make three trips to Finland to visit and photograph some of his most remarkable building. I found there, each time, his personal touch: a global creative vision, a rare attention to detail and finishing; the use of a wide variety of materials, including wood, his favorite material, which gives his interiors a note that is both refined and warm; the control of light, and, above all, a great mastery in the organization of spaces and circulations; in many of his buildings, the emphasis is on the fluidity of the interior space and one goes from an enclosed space, dedicated to a particular function, to a large open space designed for versatile uses… It is clear that the Maison Louis Carré does not deviate from all these principles.

What does this “View” mean and in what context were these photos taken?

I have visited this house twice (in 2019 and 2020); the photos presented as part of my “View” were taken during regular public hours.

I had to make a limited selection among all the photos taken on this occasion, which led me to prefer the description of the interior of the house rather than its exterior architecture.

In doing so, I wished to express in particular this sense of the fluidity of space that I have so often appreciated in the buildings of Alvar Aalto. The false ceiling that holds the attention of all visitors is also prominently featured among these images: I wanted to emphasize the effect produced by the articulation of this curved shape with the high window placed laterally above the entrance that Aalto drew with parallelograms. This set helps to modulate the interior light and, through it, to materialize the large central space that distributes the rooms of the house.

Some close-up views in particular on interior decoration or furniture are intended to remind that Aalto was also a designer and that the first characteristic of the Maison Louis Carré is to have been imagined as a total work of art where every detail, from the door handle to the shape of the luminaires, bears the mark of his creative vision.

Finally, I would conclude on one last point. As we know, Japanese aesthetics had a strong influence on Aalto. In many ways, the house of Louis Carré bears witness to this, as its conception seems to me to reflect a dualism close to this culture and this sensitivity. So, is the Maison Louis Carré even more Japanese than the famous Villa Mairea? Probably yes, if one considers to what extent the spirit of this house is revealed through skilfully orchestrated oppositions: plays of colours or coatings, hot or cold; contrasts of shadows and lights; assemblages of lines, sometimes curves to suggest movement, sometimes straight to inspire rest; transparencies and opacities, full and empty dialectics, dialogue between inside and outside…

In this context, how can we be surprised that the first person to register for the visit to the house turned out to be… Japanese! 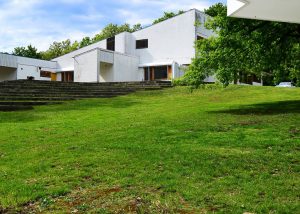 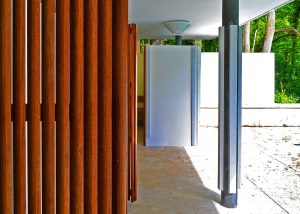 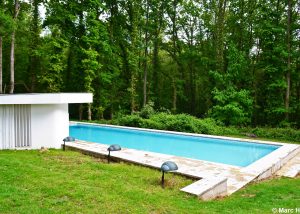 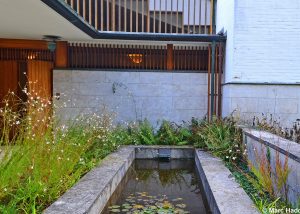 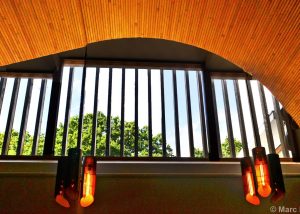 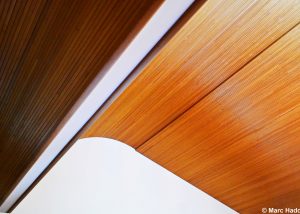 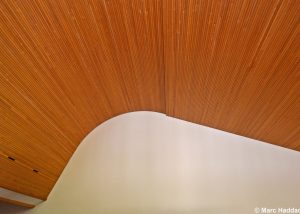 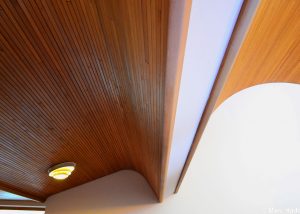 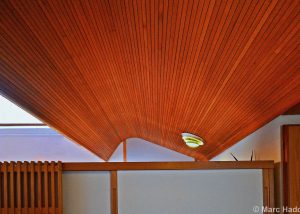 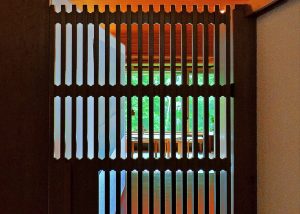 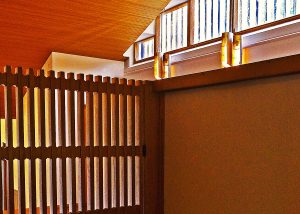 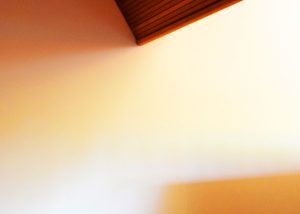 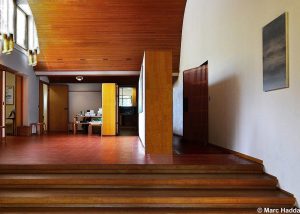 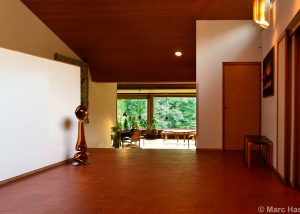 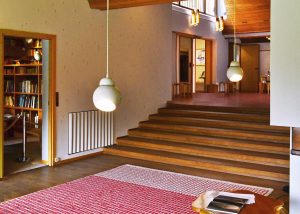 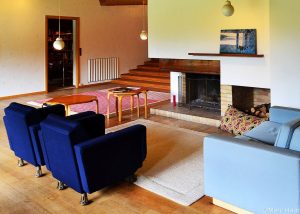 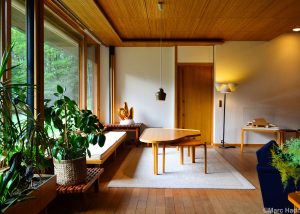 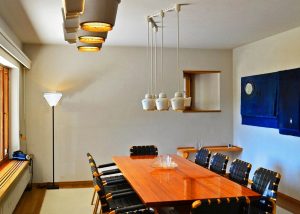 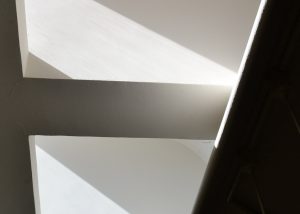 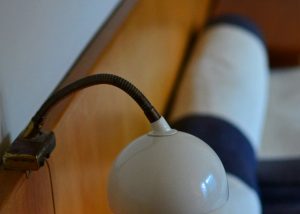 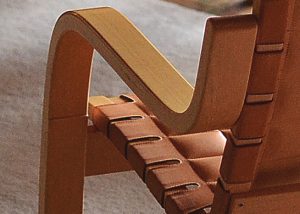 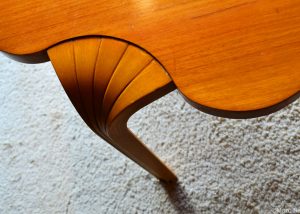 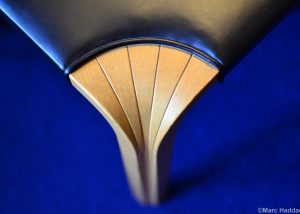 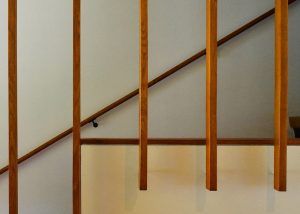 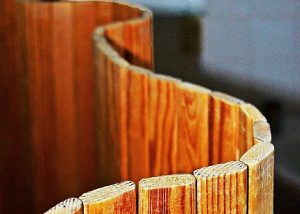 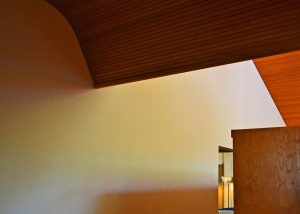